UK Government protects "the feelings" of animals ...while continuing to kill unborn babies

Today (Tue 11 May 2021) the UK government will set out what laws it wants to pass in the next session of Parliament.

The government uses "The Queen's Speech" to highlight its priorities for the months ahead. One law that is receiving much media attention is the "Animal Sentience Bill". This will give creatures “with a backbone”  the right to have their feelings and emotions protected by law. They will have a legal right to feel happiness and not have to endure suffering.

While we are all opposed to any cruelty to animals, this Bill comes from a government that is responsible for killing human babies in the womb. In the UK, 600 babies are killed EVERY DAY by abortion.

And babies in the womb also feels pain.

A wealth of scientific evidence shows that the unborn child is capable of experiencing pain. Medical and scientific experts from the Royal College of Obstetricians and Gynaecologists have affirmed that foetal pain does exist.

As early as 8 weeks, the unborn child reacts to touch. Pain receptors are present throughout the child’s entire body by 16 weeks. Doctors say unborn babies at this age probably feel pain more intensely than adults.

Surgeons performing corrective procedures on babies in the womb have seen them flinch, jerk and recoil from sharp objects and incisions.

Abortion causes horrific pain and suffering to the unborn baby.

Dr. Kanwaljeet Anand, a researcher in paediatrics and anaesthesia, said,  “...it’s excruciating, not only is sensitivity to pain higher in the fetus, it doesn’t know when the pain is going to end.”

The priority of the UK government in this new session of Parliament should be to end abortion and protect the right to life of babies in the womb.

While the UK government continues killing babies in the womb, then this Bill will only continue to expose their hypocrisy. 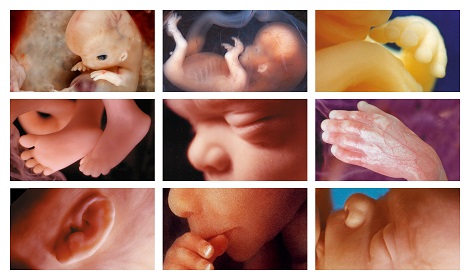