San Marino, the small republic of 33,500 inhabitants bordering with Italy, held a referendum on whether the killing of unborn babies should be legalised.

The turnout, however, was low, as only 41% of eligible voters decided to cast their vote.

This means that only approx. 13,700 people voted in the referendum. Of those, only 10,500 voted to legalise abortion.

The small traditionally Catholic country will now permit abortion of babies up to 12 weeks old. No limit is mentioned for killing babies with disabilities, so presumably they will be killed right up to the moment of birth.

The result of this referendum could have been very different if those other 19,800 people had voted.

In Ireland's referendum on abortion in 2018, 36% of the population (over 1 million people) didn't bother to vote. Abortion is now legal in Ireland, with over 6,666 babies killed already.

Remember - for evil to triumph, all it takes is for good people to do nothing. 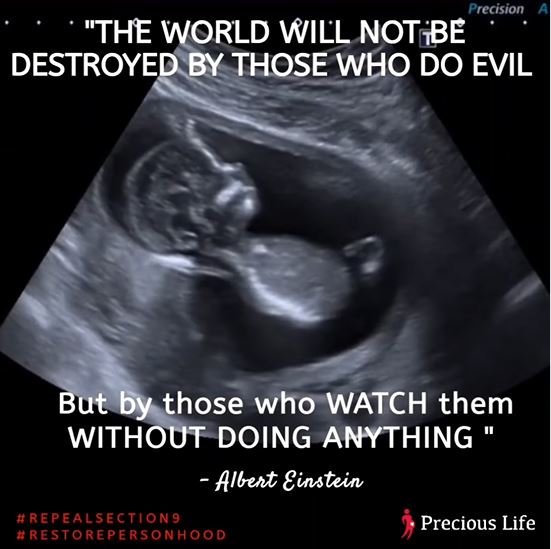