Since October 2020, Precious Life have been exposing the use of aborted baby cell lines in COVID-19 vaccines.

Director of Precious Life Bernadette Smyth said, "We produced an Information Leaflet back in October and thousands have now been distributed. Our office is inundated every day with telephone calls from people requesting the leaflet - not only from Ireland, but also across the UK and indeed other countries around the world."

Now, eighty-six Catholic women from 25 countries have issued a letter opposing what they called “abortion-tainted” COVID-19 vaccines, and arguing Church statements approving their use rely on “an incomplete assessment of the science of vaccination and immunology.”

The signatories of the letter include doctors, nurses, bioethics experts, religious sisters, and pro-life activists from four continents.

“We cannot sit back as the use of aborted human fetuses in medical research is gradually normalized as an ‘unfortunate’ part of modern-day medicine,” the women stated. “It is time for clergy and laity to boldly confront this horror and defend the right to life for the most vulnerable with ‘maximum determination.’”

Among those who signed the statement are prominent American pro-life activist Abby Johnson, along with Sr. Deirdre “Dede” Byrne, POSC, a religious sister, surgeon, and retired army officer.

The March 8 statement was also signed by Dr. Wanda Poltawska, a Polish physician who was a victim of pseudo-medical experiments in a Nazi concentration camp for four years in her early 20s. Wanda Poltawska was also a longtime friend and adviser to Pope John Paul II. 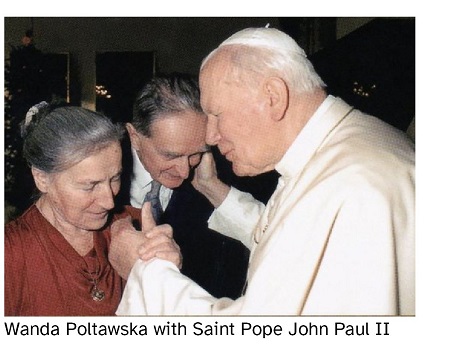 In the letter, the women noted the argument “that using an abortion-tainted vaccine is morally licit because the cooperation in evil is ‘remote,’” pointing to statements by Catholic bishops and the Vatican, but suggesting these positions may not “reflect the true breadth and gravity” of the situation.

“The evil of using aborted fetal cell lines involves not just the original murder, but the ongoing commercialization of the child’s body, as well as the ultimate refusal to bury his desecrated remains,” it stated.

The Vatican has taught that use of COVID-19 vaccines which were produced using abortion-derived cell lines is “morally acceptable” when other alternatives are not available, due to the “grave danger” posed by the spread of the coronavirus.

The Congregation for the Doctrine of the Faith published a note in December 2020 explaining that “the use of such vaccines does not constitute formal cooperation with the abortion from which the cells used in production of the vaccines derive,” while also urging pharmaceutical companies and governmental health agencies to “produce, approve, distribute and offer ethically acceptable vaccines that do not create problems of conscience for either health care providers or the people to be vaccinated.”

In their statement March 8, the Catholic healthcare workers and activists said, “we humbly suggest that such statements, including some official ones issued by bishops and even the Vatican, are based on an incomplete assessment of the science of vaccination and immunology, and beg such proponents to reevaluate their statements in light of the following facts.”

The statement listed five points, including a citation of a peer-reviewed study published in the Bulletin of the World Health Organization in October 2020 which found the average survival rate from SARS-CoV-2, the virus which causes COVID-19, to be 98.3%.

According to the statement, the vaccine candidates which reported using aborted fetal cells “only during testing” also made use of the HEK-293 [Human Embryonic Kidney-293] cells “as an integral part of the development of their mRNA candidate.” Pfizer and Moderna are mRNA vaccines.

Given the COVID-19 vaccine’s “experimental nature,” people should not be forced, coerced, or urged to take it, the women stated.

The United States Conference of Catholic Bishops this month reiterated the Vatican’s teaching on COVID-19 vaccines produced with the help of abortion-derived cell lines, after a vaccine developed by Johnson & Johnson received FDA approval.

The bishops echoed the Vatican in stating that it is “morally acceptable” to receive COVID-19 vaccines produced using cell lines from aborted fetuses when no alternative is available, but if possible, Catholics ought to choose a vaccine with a more remote connection to abortion.

The Janssen/Johnson & Johnson vaccine used PER.C6, which, according to Science magazine, is “a proprietary cell line owned by Janssen, a subsidiary of Johnson & Johnson, developed from retinal cells from an 18-week-old fetus aborted in 1985,” in design and development, production, and lab testing.

In contrast, mRNA vaccines available from Pfizer and Moderna have an extremely remote connection to abortion in the design and testing phases, leading ethicists to judge those vaccines “ethically uncontroversial,” the USCCB said.

This week’s statement from Catholic women claimed statements justifying the use of abortion-derived vaccines “ignore the gravity and immediacy of the crimes committed against the unborn” and they could not willingly benefit from the sacrifice of “these aborted babies’ bodies” if they were used at any point in the vaccine production process, “no matter how long ago.”

“The evil of using aborted fetal cell lines involves not just the original murder, but the ongoing commercialization of the child’s body, as well as the ultimate refusal to bury his desecrated remains,” they said.

The statement also noted that fetal cell lines “do not last indefinitely” and vaccine manufacturers will have strong incentives to create new lines to match old ones. The women argued that the use of aborted fetal tissue in developing medical interventions will “fuel the search for new aborted fetal tissue.”

“This has occurred multiple times in past decades, with the most recent aborted fetal cell line developed in 2015,” it said.

Bernadette Smyth concluded, "We welcome and support this statement from these women and we hope the hierarchy of the Catholic Church will take heed of what they've said and the expert evidence they've presented. The fact remains - babies killed by abortion was one of the stages of the production of these vaccines - that makes these vaccines totally immoral and unethical." 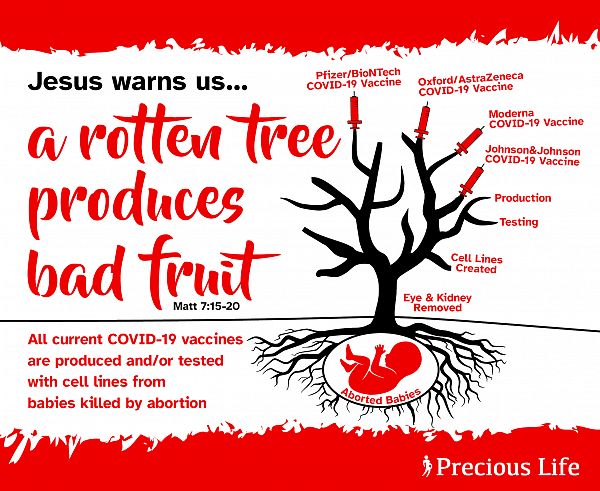